One of the missions of the QVALON system is to make work easier and more convenient, as well as to automate operations performed by managers. After all, working with electronic checklists is easier, faster, and more convenient than with paper lists. The auditor only needs to have a smartphone to conduct the audit, and the manager does not need to wait for the data to be transferred from paper to digital, and then to prepare the data files for analysis.

We won’t hide the fact that our system still has several manual operations, but we have made big breakthroughs and developed algorithms that will soon allow us to put all the work in the system into automatic mode. The first step was to import client facility data into the QVALON system.

Everything depends on the volume

Previously, each store had to be entered manually. In general, this isn’t very difficult — the store has only 9 parameters (name, city, coordinates, etc.), but if you have more than 10 stores, the volume of data input grows exponentially. Not only does this require considerable time and effort, but it also increases the risk of errors.

The second point which was complicated by manual input, was date updating. Any company is a living organism that is constantly transforming. New stores are being opened, old ones are being closed, there are changes in regional structures, rotation, staff and much more taking place. All these changes need to be monitored and kept up to date, otherwise, problems may occur.

For example, a company closes one store and opens two new ones, but the data about these changes are not entered into the system. As a result, auditors are unable to perform the tasks of preparing the store for closure and assessing the readiness of the new stores for operation.

Both data entry and updating can now be done with just a few clicks of the mouse.

The import function can be found in the “Settings” menu and is managed by the system administrator. 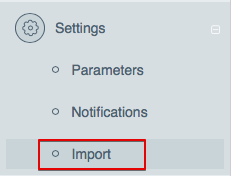 To add data about new stores, update information about existing stores, or to deactivate them, you can simply fill in an Excel sheet and upload it into the system using a standard template. You can set the import rules yourself. For example, you can choose actions if a store is found in a file that is not in the system: skip this entry or create a new store. 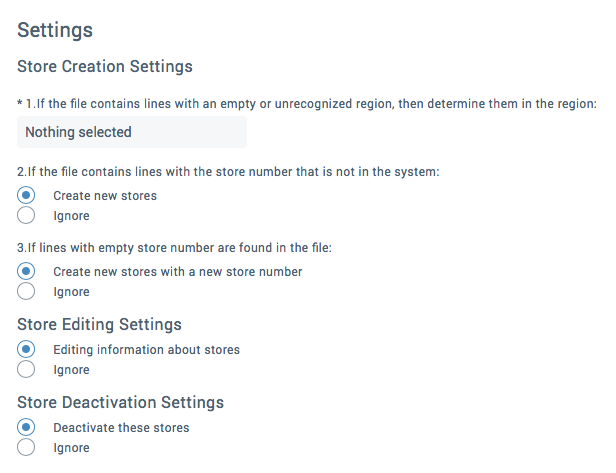 As we mentioned above, importing data by store is just the first piece of the transformation of manual operations to automation in the QVALON system. The function of importing user data will be implemented shortly, and later it will grow into a full-fledged integration with human resources programs so that all changes in the company’s staff will be automatically displayed on the QVALON platform.

There are many electronic systems available for setting up tasks but not all of them are SMART compliant. You can keep the SMART concept in mind when setting tasks, or you can use QVALON and set SMART tasks automatically.

Product
Six steps to the successful implementation of QVALON ☝️

The challenge for any innovation is to bring practical benefits to business as quickly as possible. Each company goes through its own time cycle to achieve results, however, there are those that can move faster than others. The secret is using the right innovation algorithm. If you want to start benefiting from QVALON as quickly as possible, this article is for you.