Today it is hardly possible to find a manager who would not use modern IT- systems for setting tasks. SomeoneSome uses calendars, some task managers or electronic case lists. This does not guarantee that the results will be expected. Moreover, it is not the performers who are to blame, but the wrong wording of the tasks.

In order to achieve the goals more effectively, it is necessary to formulate them according to the SMART methodology. It was invented by George T. Doran in 1981 and has become very popular. The essence of the methodology is that in order to achieve thea goal it is necessary to formulate it correctly. For this purpose, 5five reference points have been identified, the first letters of which have been abbreviated asto SMART:

For example, you set the store manager the task of increasing profits. From the point of view of SMART methodology, this task is not formulated correctly.

If the task was formulated in its original form, the manager would most likely not have received the result or he would have had to spend extra time on clarifications and answers to the questions of the performer. When setting SMART tasks, you not only save time, but also get exactly what you need.

Just imagine how much easier it would be for a manager if the IT system for setting tasks took into account the SMART methodology and "suggested" how to do it correctly.

Let's see how a SMART task definition can be implemented using an example of QVALON. 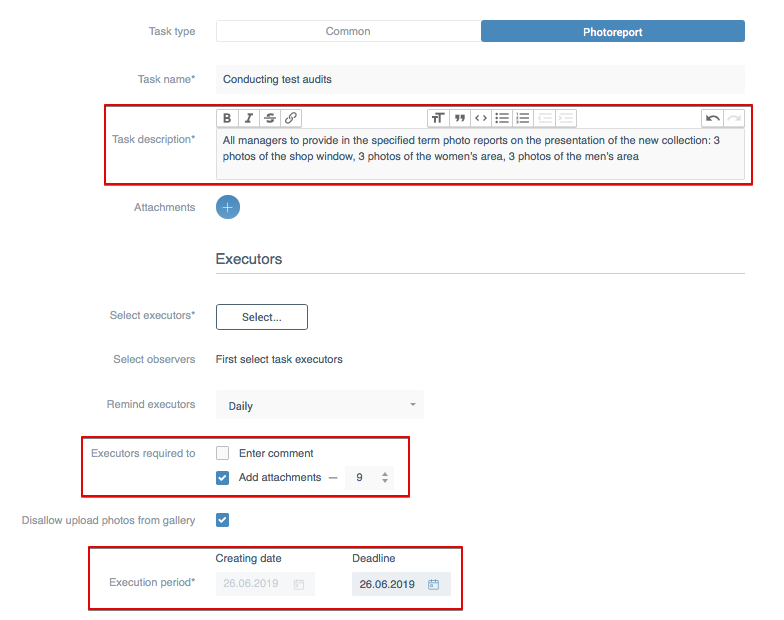 Obviously, even if the manager is not familiar with the SMART methodology, he will set the task more or less correctly, because the system itself will "push" him to it. You can choose any convenient IT solution or keep SMART in mind, or you can use QVALON and get a lot of additional features.

Product
6 differences between checklists and surveys in QVALON ☝️

QVALON has two tools that may seem similar at first glance but solve completely different issues. We will talk about checklists and surveys.

Monitoring the executive discipline of subordinates is an important task for any manager. Everyone solves it differently. QVALON offers another way of doing things that has several advantages over others.